Festivals and traditions in Japan

One of the most wonderful things about Japan is its rich culture – every little village or neighborhood is bound to have a “matsuri” (festival) at least once a year, where locals and visitors alike can enjoy street food, live music, and foster a sense of community. Here are six of the somewhat crazier traditions I’ve encountered!

(1) Sanja Matsuri, one of the three great Shinto festivals in Tokyo, held on the third weekend of every May at Asakusa Shrine. Around 100 mikoshi (portable shrines) from the 44 districts of Asakusa are paraded through the streets and gather at the Kaminarimon. 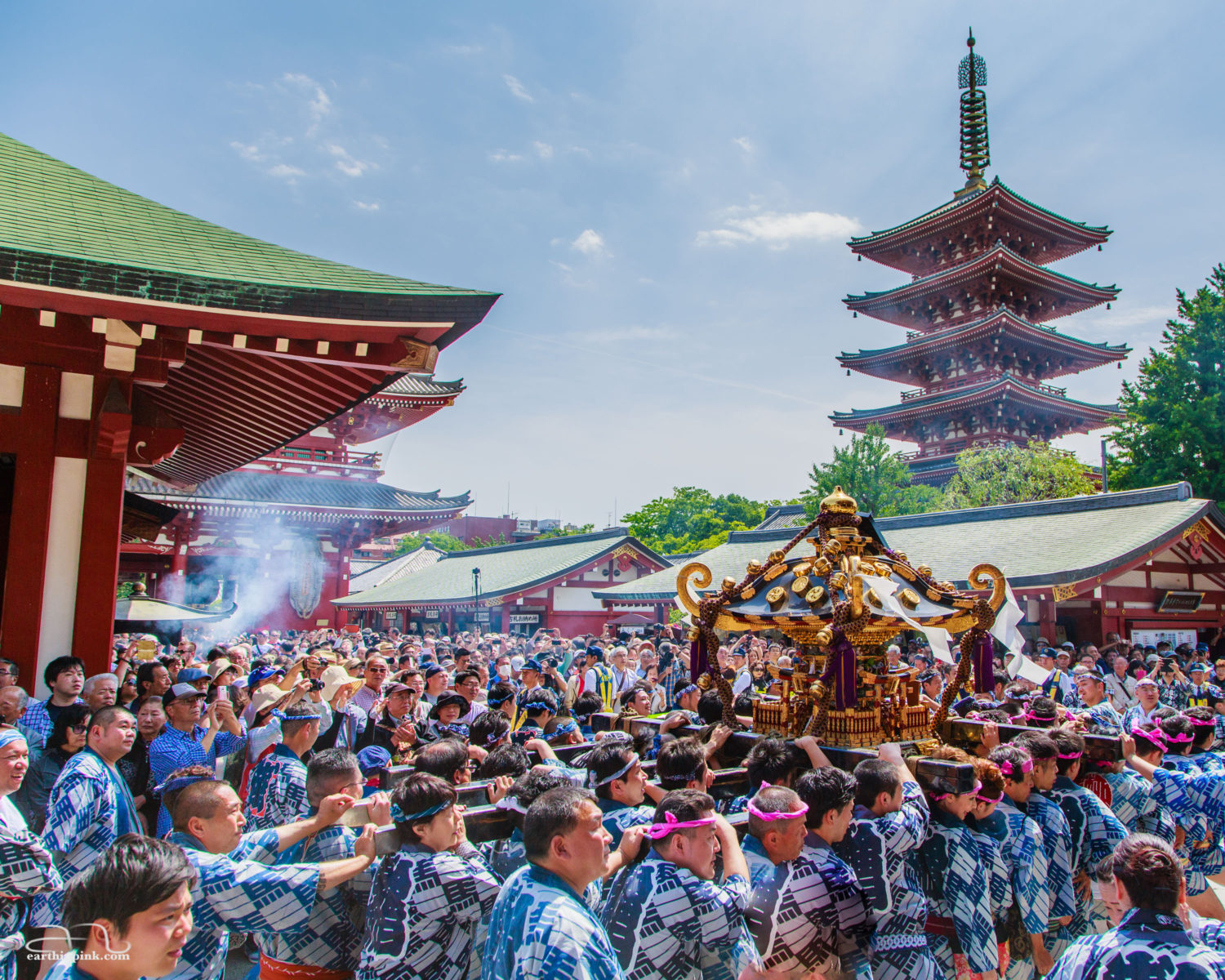 (2) Yabusame displays (a traditional form of mounted archery) can be enjoyed on several occasions. Below is a photo from Zushi Beach, where the festival is held in late November. Similar events also take place in Asakusa (mid-April) and Kamakura (third Sunday of April). 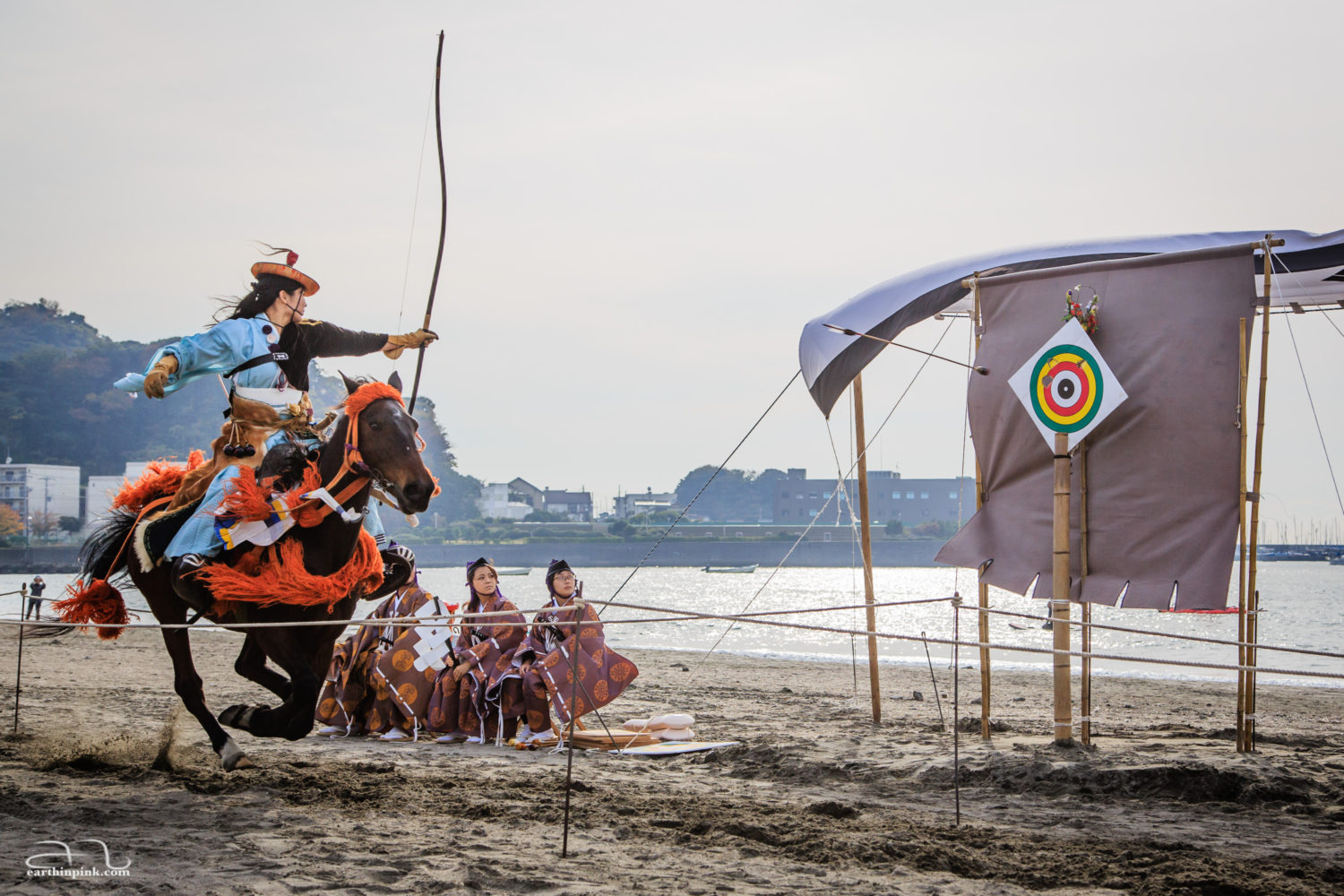 (3) The Happo-One Fire Festival held in mid-February at this Hakuba resort involves people skiing down the slopes with torches, live taiko drumming, and sake to keep warm on snowy days like this one. 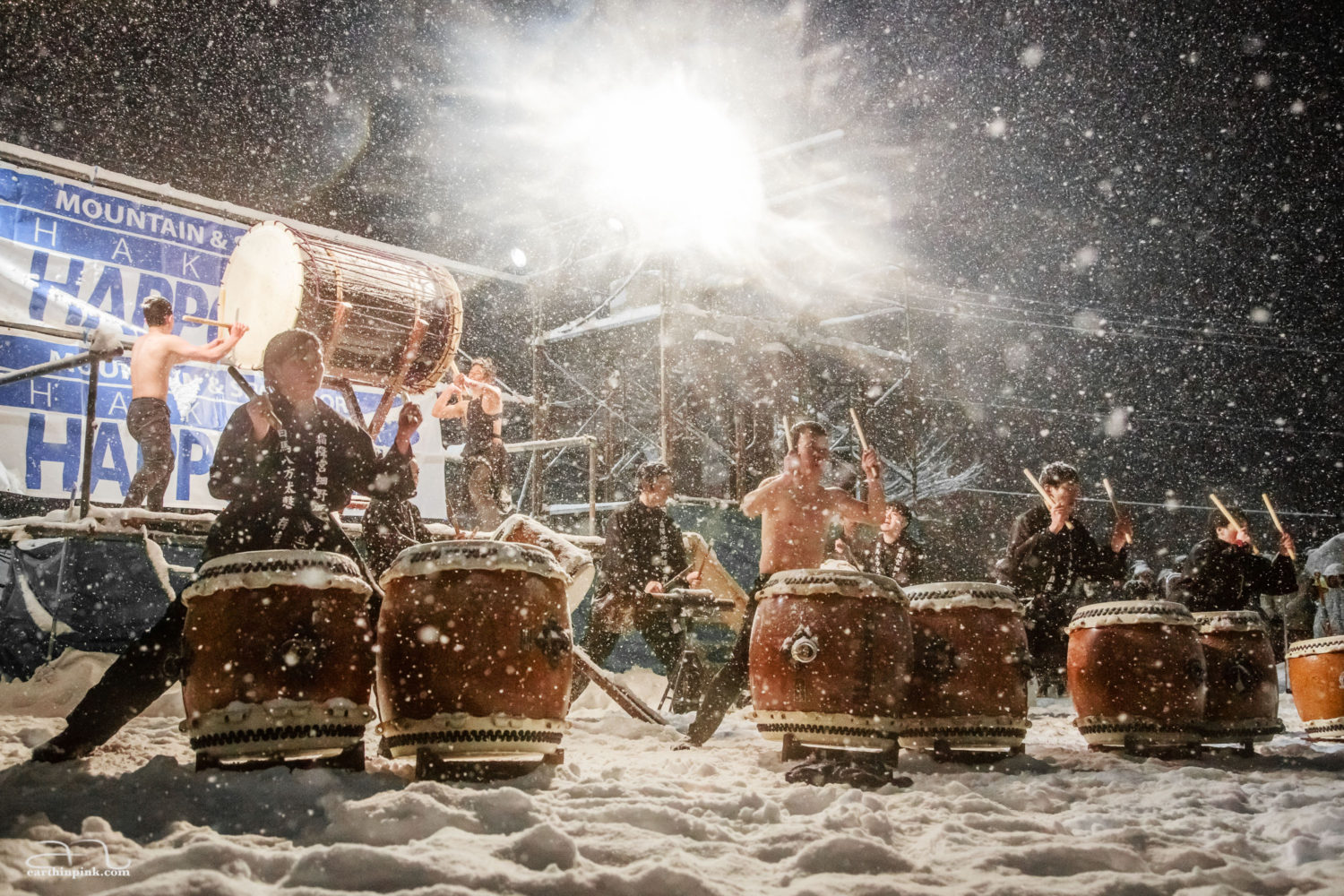 (4) The Takao Fire Walking festival (Hiwatari-sai), held mid-March, features an inordinately large bonfire, and monks walking on the still burning coals. The audience can also join in the fire walking after the monks and selected devotees have had their turn. 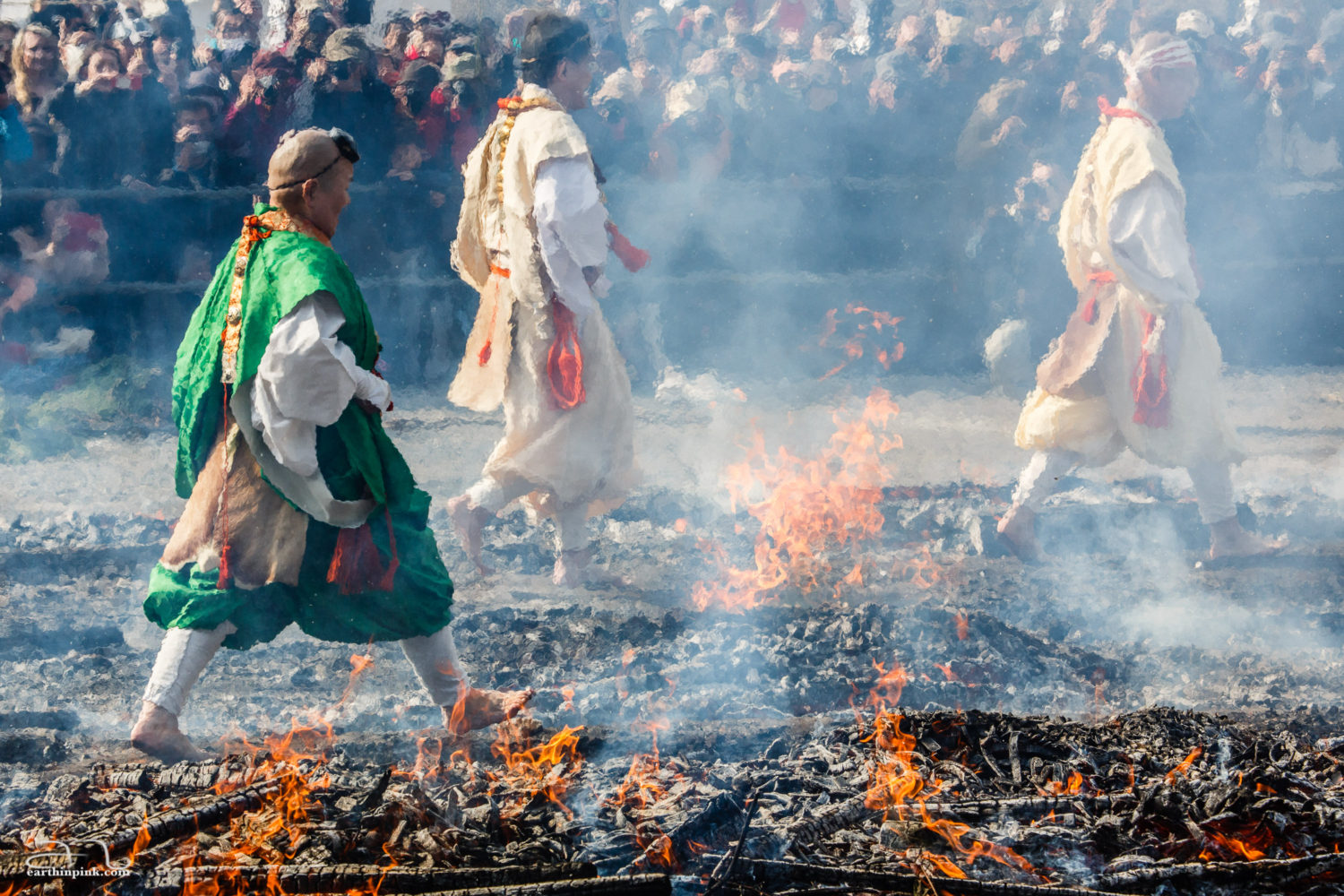 (5) Nozawa Onsen Dosojin Matsuri. Ok, here we’re really getting to the crazier end of the list. For this festival, held every year on January 15th, the 42 year old men living in Nozawa Onsen (a ski resort town in Nagano prefecture) are all perched on top of a giant pyre, with the 25 year olds defending the base while the rest of the village is trying to attack it with torches. Sake is being handed out quite liberally in each of the two tents you see on either side of the photo. Eventually the 42-year olds call off the fight and climb off and the pyre is allowed to burn, again making for a pretty spectacular bonfire.

(6) The Onbashira Matsuri (“Honored Pillars Festival”) is considered one of the most dangerous. Held only once every 6 years near Lake Suwa in Nagano prefecture, the purpose of this festival is to renew the pillars of the Suwa Grand Shrine with logs that have been carefully selected. After the trees are felled, the logs are dragged down the mountain by ropes. On the steepest slopes, villagers selected for their courage attempt to ride the logs downhill, leading to several injuries or even deaths each time the festival takes place. Pictured below is the moment just before the last log of the day drops down the mountain. 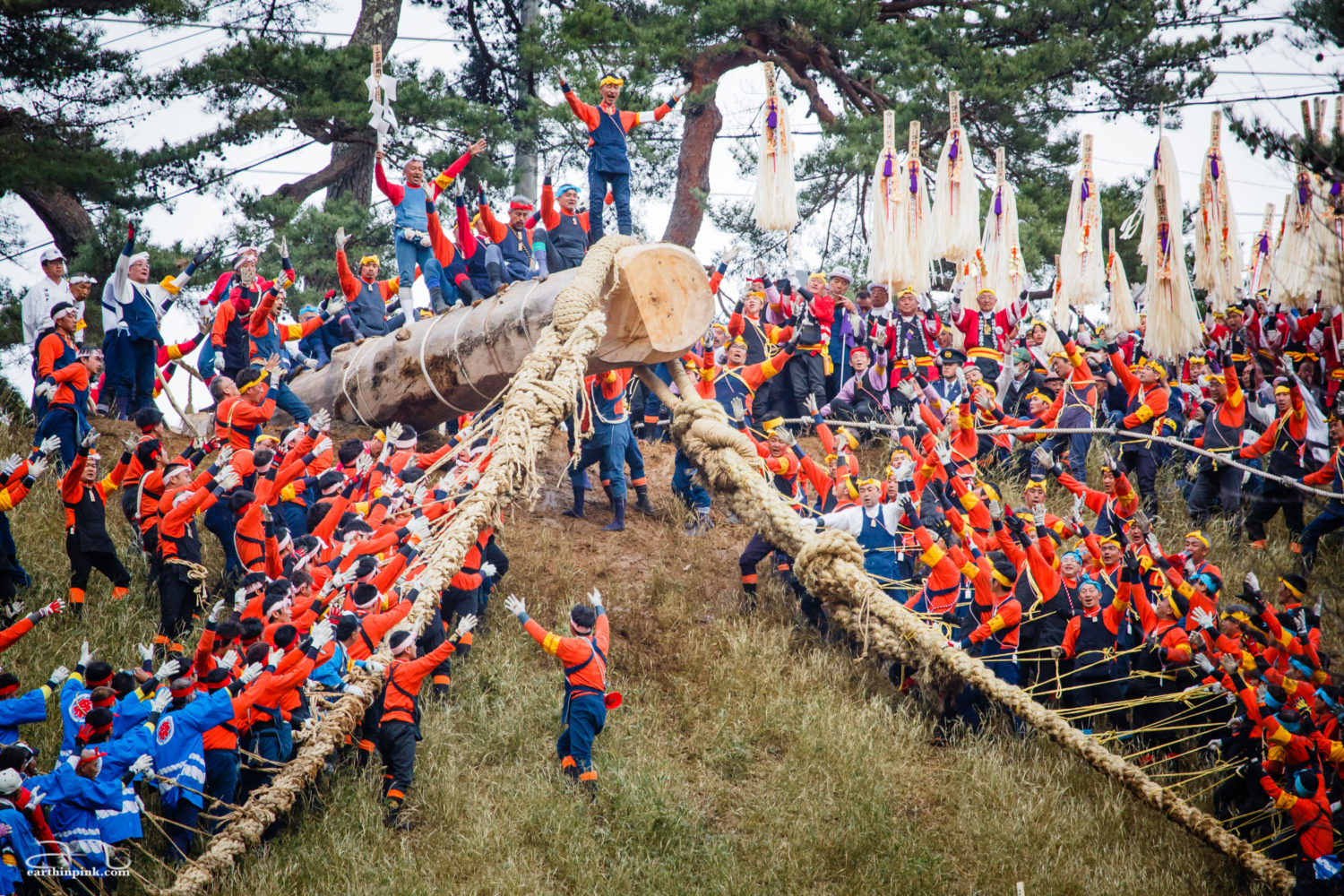