The first time I saw a total solar eclipse was in Romania in 1999. My home was in an area with something like 98% partial coverage. We didn’t have internet at home back then, so I couldn’t easily look up what the difference between 98% and totality really was. I almost stayed at home. Luckily, on the morning of the eclipse, perhaps swayed by my begs and pleas to go there, my dad found a work-related excuse to drive to the zone of totality. That’s when I learned that the difference between 99 and 100% is literally night and day. It was the most amazing natural spectacle I had ever witnessed. So wonderful that, in 2009, I travelled all the way to Shanghai, this time armed with a DSLR camera, to see and photograph the longest total solar eclipse of this century. We spent over 6 minutes in complete darkness, under a thick cloud that blocked our view of the corona. It was pretty heartbreaking. It took another 8 years to get “revenge”. In August 2017, I flew a third of the way around the world (again), this time from Tokyo to Wyoming, to catch the Great American Eclipse. I had always wanted to see Yellowstone, so I figured it would be worth the trip, even if we were unlucky with the weather. Fortunately, the eclipse happened on a gorgeous summer day with not a single cloud in the sky. So, 18 years, 11 days, and 8 hours after my first experience with being in the Moon’s shadow, I got my first photos of this amazing phenomenon. And some pictures of Yellowstone and Grand Teton National Parks as a bonus! 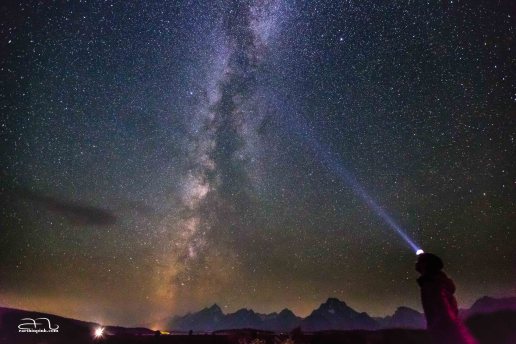 My friend Jessie and I spent one night in Grand Teton National Park, driving around to find the best composition of the Milky Way above the mountain peaks, and slept in the trunk of the car so we could also photograph the sunrise the following morning. The things we do for photography! 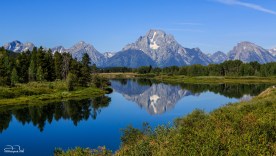 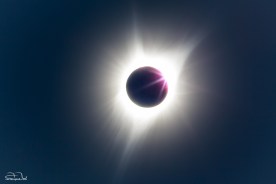 This is the longest exposure of the corona that I took. It happened to be luckily timed so that the sun started coming out just at the very end, and you can see the diffraction spikes at the top right of the moon. I didn’t get enough (sharp) intermediate exposures for a proper HDR composite, but that’s something to aim for next time. All in all, for the first time photographing a total eclipse, I am happy with what I got, and I definitely plan to try again! 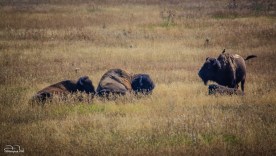 No Grand Teton photo trip is complete without some bisons! 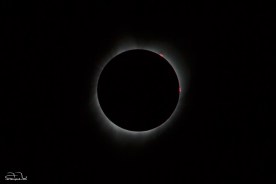 A very short exposure photo that shows the inner corona. I was impressed by the fact that the camera could capture the color of the solar prominences at the top right, which appear red because of Halpha line emission. Photography and physics combined! 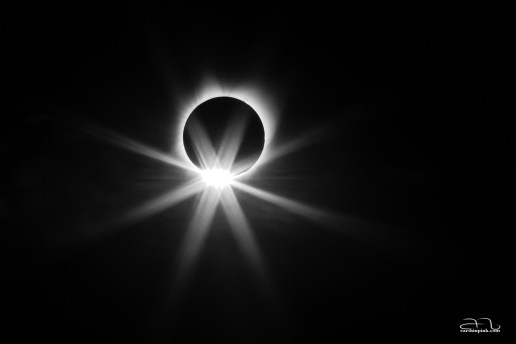 This is the one shot I had all my camera settings tailored to capture. Most of the other photographers around me thought I was crazy for trying to shoot an eclipse at f/32. I did it because I wanted an image of the last rays of Sun before being completely covered by the Moon; that moment you realize this is going to be very different than a partial eclipse, that feeling that made everyone in the path of the total eclipse go “oooh”. It’s not really how your eye sees it in that moment in time, but I think it illustrates exactly how you remember it later on. 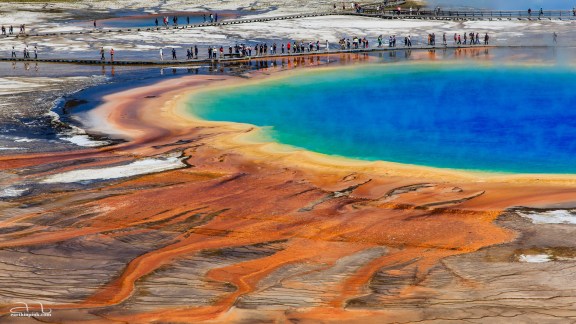 Yellowstone’s Grand Prismatic Spring seen from the outlook point off of the Fairy Meadows trail. 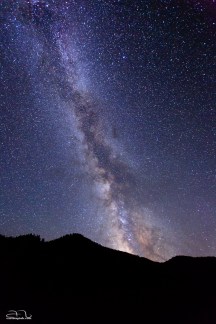 Solar eclipses (sort of by definition) happen during the new moon, which also means no moonlight at night, and a dark sky with a pretty good chance to see the Milky Way if you’re far away from the light pollution in cities. We spent a week around the time of the eclipse at the Little Cottonwood Group Campground in Wyoming, and this was the view from literally twenty steps outside my tent every night. 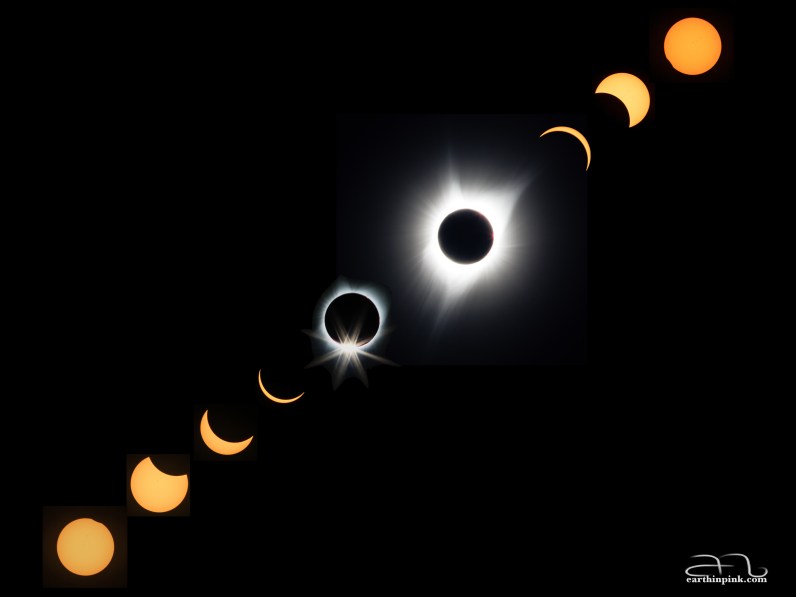