Reaching for the stars

As professional astronomers and amateur photographers, we felt it was really a requirement to upload some astrophotography to this blog. Shamefully, we did not have any good photos of the Milky Way until recently, when we teamed up with a fellow photographer and went on a trip to Crater Lake, Oregon. Now our astrophotography portfolio is ready to be presented to you. Hope you enjoy, and get inspired to go out into the nature and see the night sky with your own eyes from time to time. 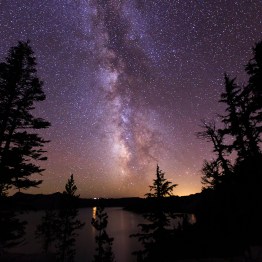 Fellow astrophotographer Karim Iliya watching the stars from the warmth of his sleeping bag after boldly leaving his rather expensive camera out in the woods to shoot a time lapse. Aurora kicked the camera by mistake a quarter of the way during this long exposure, giving the final composition a dizzying effect. We especially like the stars that appear to shine through the trunk of the tree on the left as a result. See if you can spot the Andromeda galaxy in the embrace of the dried out branches. 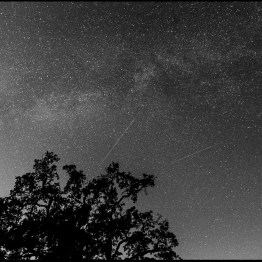 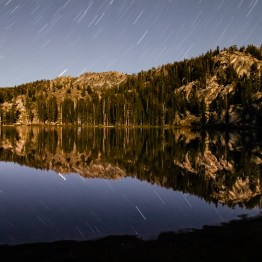 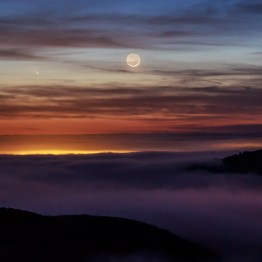 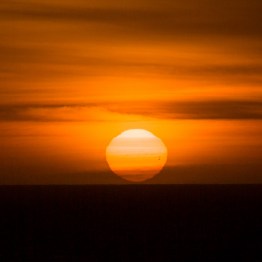 The Sun setting into the Pacific Ocean, with Venus in front of it. A mirage makes the shadow of Venus appear double. We hope you caught a glimpse of this one, because the next Venus transit won’t happen until December 2117. 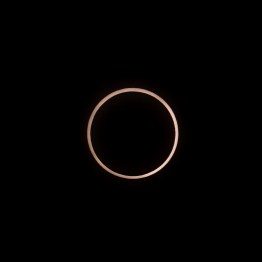 The burning ring of fire: an annular eclipse of the Sun seen in May 2012 from somewhere in the middle of the desert in Nevada. 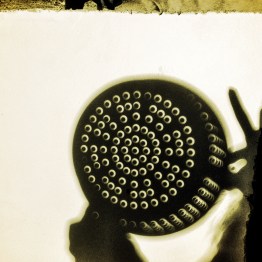 The shadows cast by the ring of light of the Sun are probably the most spectacular thing about annular eclipses. This is an iPhone picture of the shadow of a pasta strainer projected on a piece of cardboard. Each hole, instead of appearing round, shows the annular shape of the Sun’s disk with the dark side of the Moon in front of it.