Waves in the Intergalactic Ocean

As you might remember from Episode 6 of our Astronomy Series, the space between closely packed galaxies in the cosmic web is actually filled by a diffuse, very hot gas. So far, we’ve been able to create stunning images of this extremely rarefied intergalactic medium — but the current technical capabilities of even the most modern X-ray satellites now in orbit have not yet allowed us to measure how fast the gas moves. The Astro-H mission that will be launched at the end of 2015 by the Japanese Space Agency, in collaboration with NASA and ESA, will let us measure the gas velocities with fantastic precision for the first time in X-ray astronomy.

While we’re working hard on designing the observing plan for this future mission, which is a main part of the reason Aurora is now employed in Japan, we were too impatient to wait until the launch to get our answers — luckily, our friend and colleague Irina Zhuravleva came up with a great trick. 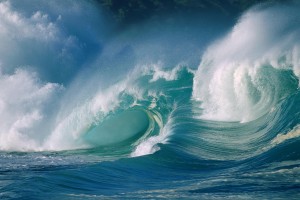 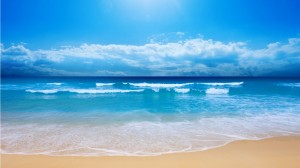 She realised that it’s usually enough to look at still photographs of the ocean, and one can already get a pretty good idea how calm or rough the sea is, and how strong of a swimmer you’d need to be before you jump in. So, if we think of galaxies as “island universes”, which is what Immanuel Kant called them back in 1755, and if the diffuse X-ray gas between them is the intergalactic ocean, why couldn’t we guess how rough the waters of this cosmic ocean are just by looking at images of this gas, much in the same way we instinctively relate the height of waves in the ocean to the velocities with which we know the water will pull us along?

Irina thinks we can. In our new paper, published today in Nature, she has looked at X-ray images of the two nearest clusters of galaxies which you can see below – check if you can identify yourself the “waves” in these cosmic oceans! Based on these images, we estimated that the gas in the Virgo Cluster moves at about 70 km/s, while in the Perseus Cluster, where many “waves” seem to be bigger, the velocities are about 150 km/s. For comparison, the Earth is traveling around the Sun at about 30 km/s. 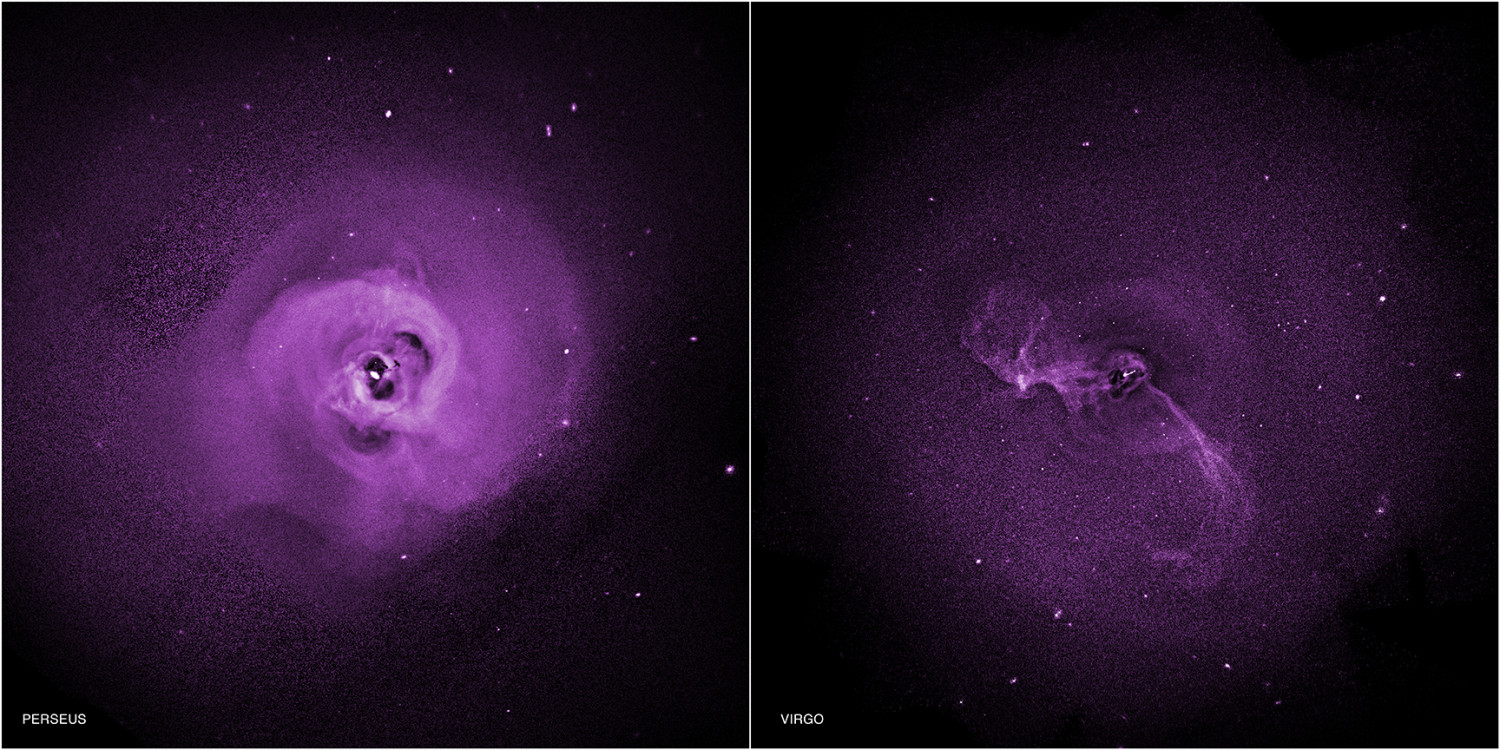 And now, the coolest bit of the story: who is responsible for producing these waves? In the case of the oceans on Earth, it’s usually the wind — but in the intergalactic ocean, we actually think the waves are being stirred mainly by the supermassive black holes in the centers of galaxy clusters! Passing galaxies and previous collisions of the clusters with other smaller systems could contribute to the motions as well.

In the Nature paper led by Irina, we use these brand new estimates of the gas velocities to show that the energy currently stored in the form of waves eventually dissipates and creates enough heat to explain why these most massive systems in the Universe have stopped forming new stars — resolving a long-standing issue in X-ray astronomy!

Of course, looking at still photos of the ocean isn’t as accurate as using a device that is actually designed to measure the speed of the water’s flow, so we’re still eagerly looking forward to the launch of Astro-H — but now we have a much better idea of what we expect to see when this new X-ray mission is in orbit!