Japanese people’s enthusiasm for flower watching extends far beyond the end of the world-famous cherry blossom season. Around the second half of April and into “Golden Week” (a series of national holidays during the first week of May), many parks throughout the country put on an amazing display of flowers of all varieties and colors, from fields covered in baby blue eyes or pink ground phlox to curtains of wisteria and tulip arrangements that will almost make the Dutch jealous. Here is a necessarily incomplete photo album with a few shots from some of the most famous flower gardens in Japan, collected over the last three springs. 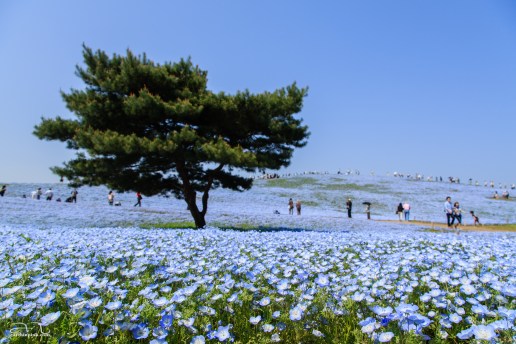 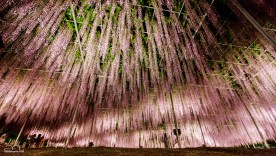 Night illumination of the wisteria trees at Ashikaga flower park, Tochigi, creates the impression of an aurora borealis made out of flowers. 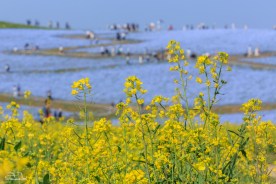 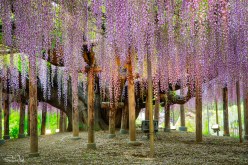 One of the oldest wisteria trees at Ashikaga flower park in Tochigi Prefecture. 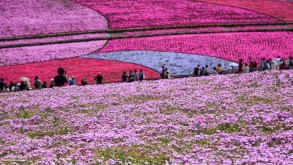 A carpet of ground phlox (known in Japanese as “shibazakura”) at Hitsujiyama Park, Saitama Prefecture. 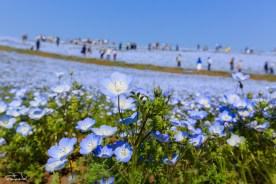 The ground and the sky become one at Hitachi Seaside park, Ibaraki. 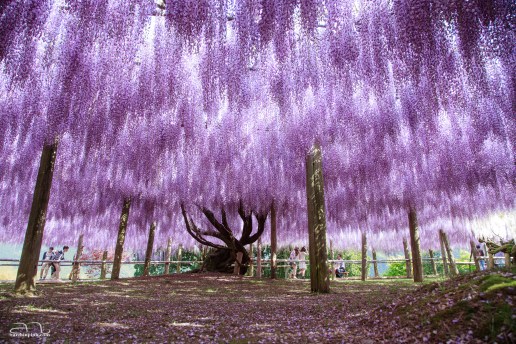 A stroll through the Kawachi Fuji Gardens in Kitakyushu, Fukuoka Prefecture 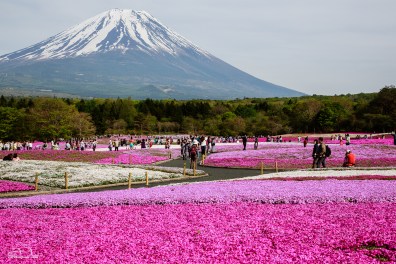 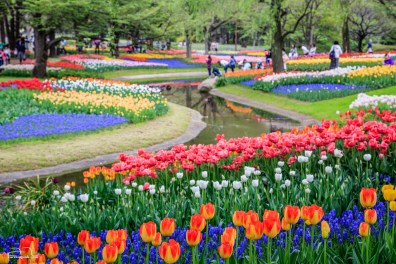