This year, I am once again participating in the Tokyo Digital Artist Photographers’ Group Exhibition taking place at the Design Festa Gallery in Harajuku from May 26th until June 1st, and the topic I have chosen this time is “Almost unreal: experiments in photography”. The aim is to present different techniques for producing surreal-looking, conceptual images without the aid of Photoshop — which I have never even installed on my computer! Here are the five works I have on display at the gallery, and how these photos were taken. If you are in Tokyo, I hope you will have a chance to stop by and see them in person, they really do come to life when printed in large format on photo paper!

This is a long (3.2 second) exposure of the “Super Planet” at Yokohama Cosmo World. In addition to capturing the movement of this amusement ride through the slow shutter speed, I also zoomed out during the last fractions of a second of the exposure, creating the streaks you see in the outer parts of the image. 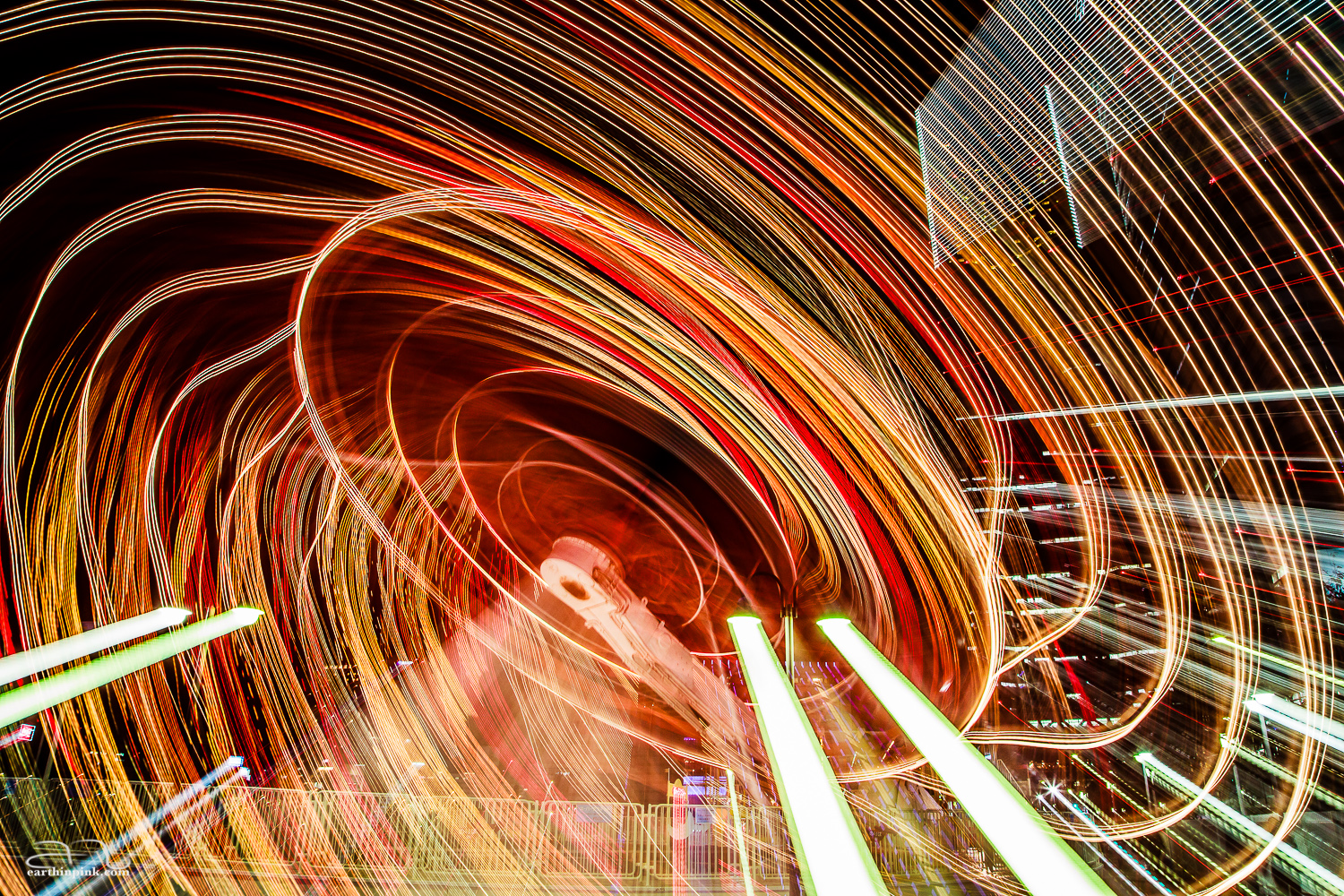 This is a long, 25-second exposure. I directed my friend to move every five seconds to a different location and briefly shine a small lantern illuminating his face, so that he appears in the picture multiple times. 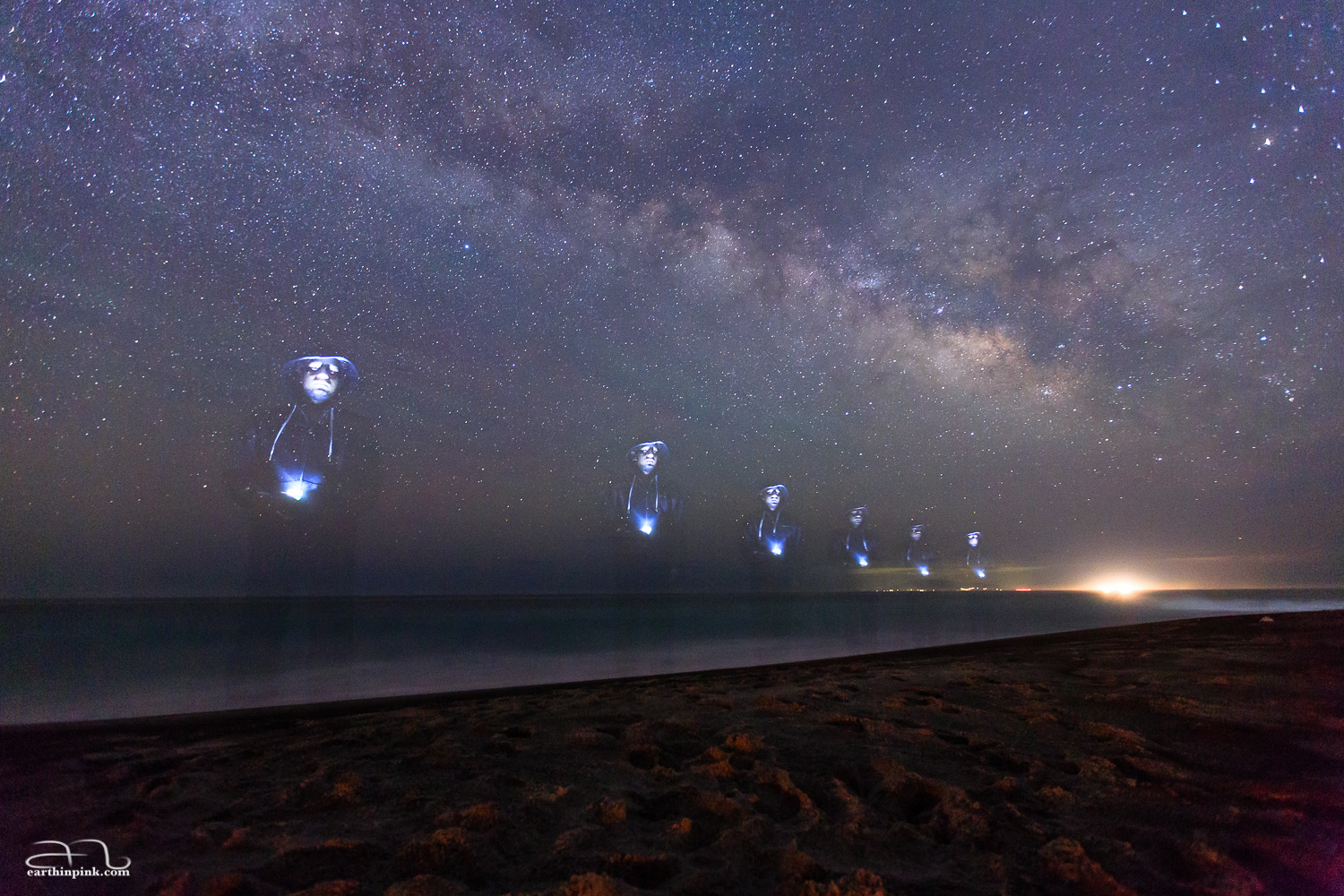 A long exposure where I asked two of my friends (who proved to be very patient and talented models!) to stand completely still for two seconds while the rest of the world was whizzing by. 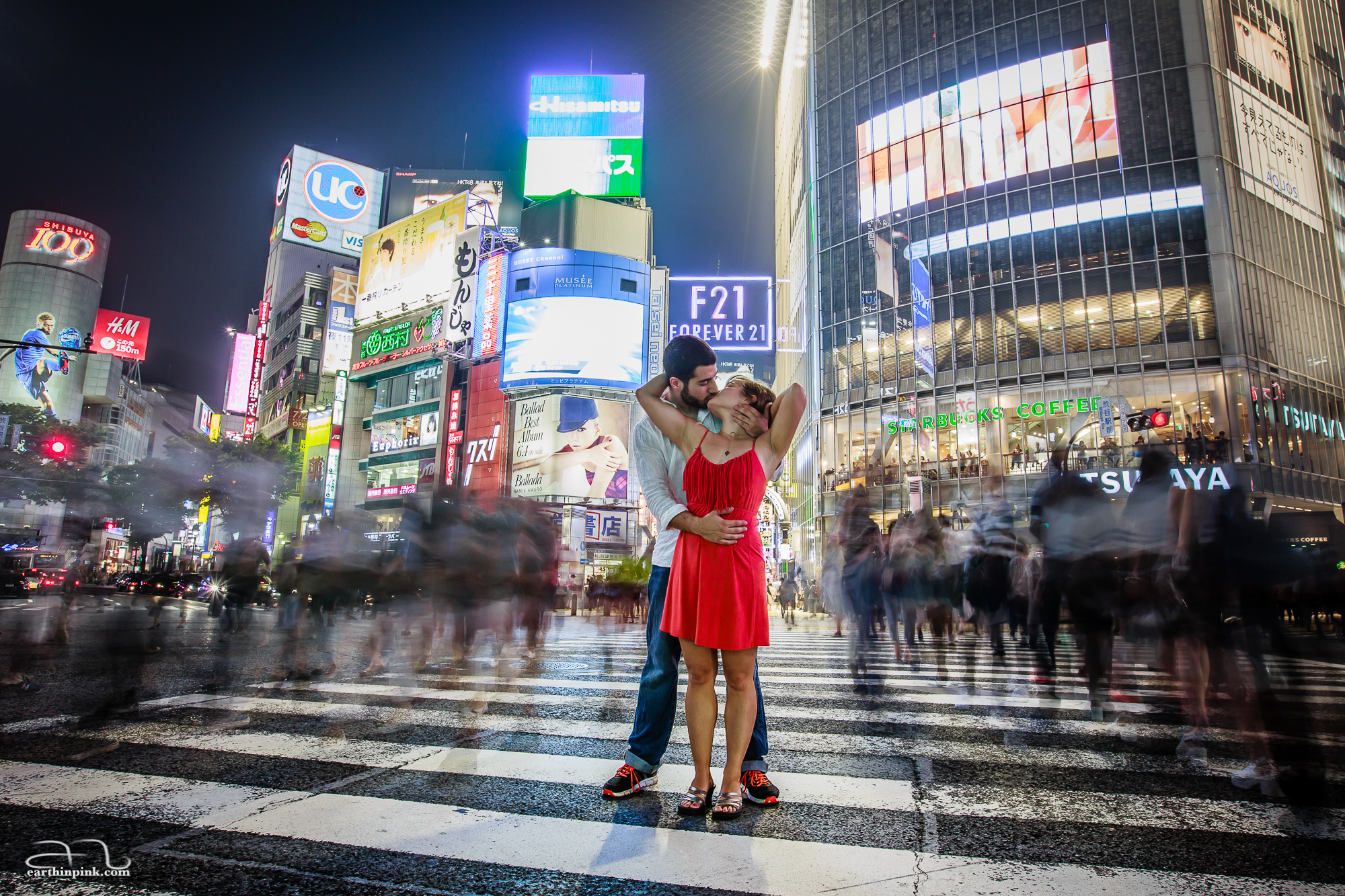 The time when we turned a friend’s garage into a make-shift photography studio, complete with strobes, diffusers, and backdrops, and proceeded to throw cornstarch around for the sake of creativity. Model: Daria. 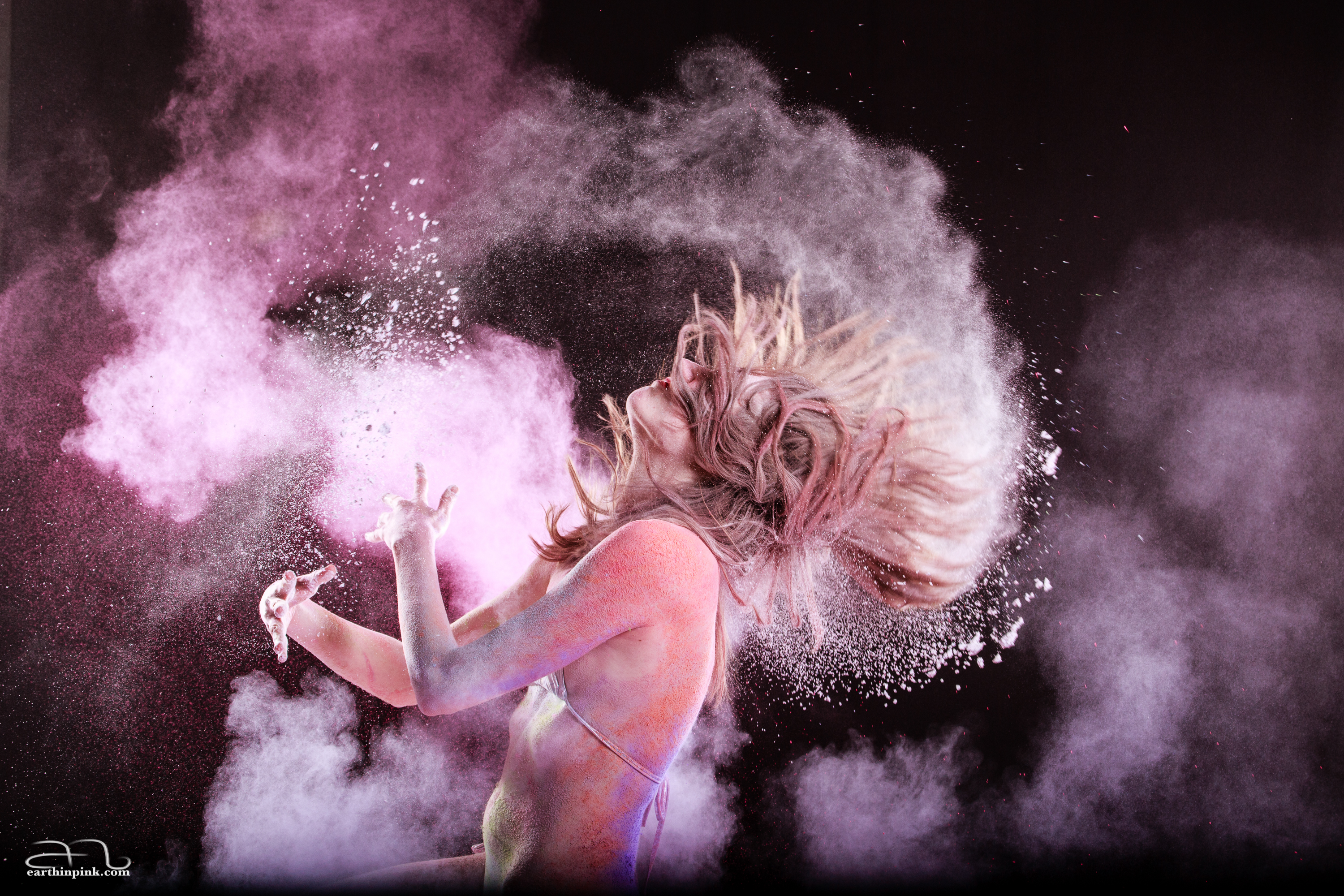 A quadruple exposure, merged in-camera, of the area around Odaiba’s rainbow bridge and Diver City. One of the four shots that were combined was deliberately set out of focus. 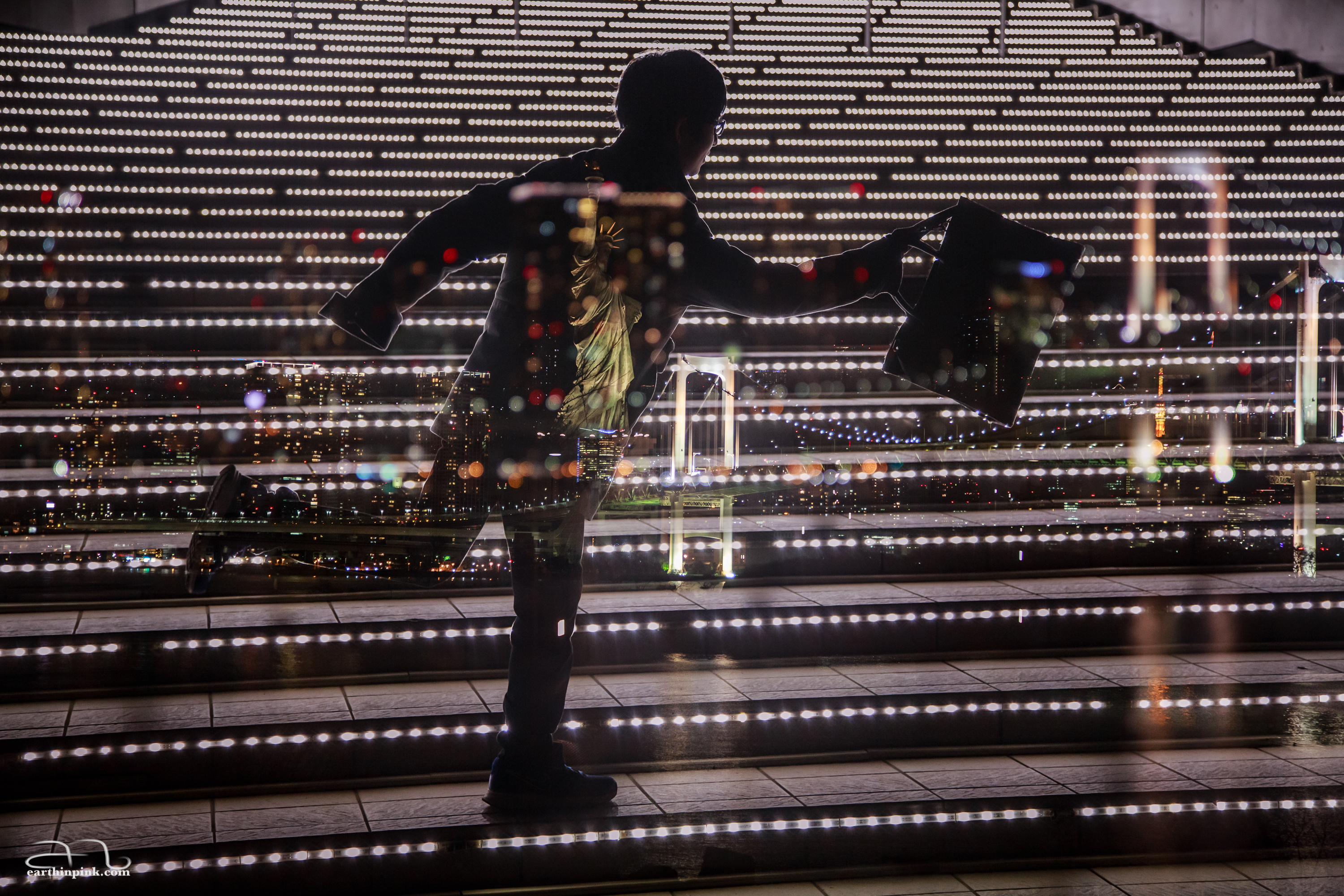